It is important to note that because the respondent pool for the survey, both with respect to firm size and even within firm size, varies from year to year, use of the Associate Salary Survey data across different years to discern trends should be done with caution, as these reports do not contain salary scales for a set group of firms. Salary adjustments on the part of some large firms in recent years, law firm acquisitions and mergers which can result in firm size changes, and fluctuations in the distribution of respondents play a role in determining changes in median salaries within the report.

Despite the fact that nearly 63% of offices reported implementing salary reductions for associates in 2020 due to the impact of the COVID-19 pandemic, all of these offices indicated that salary reductions were no longer in place as of January 1, 2021, thus, ultimately having little to no impact on 2021 salaries.

Although several firms announced $190,000 salaries in 2018, there were still not enough offices reporting a $190,000 salary to push the median up to that level in any of the firm sizes back in 2019. However, in 2021 the median first-year associate base salary in firms of more than 700 lawyers did finally reach $190,000, but the overall median salary was still shy of that amount by $25,000. A $190,000 salary was the modal, or most frequently occurring, first-year associate base salary reported, accounting for 39.6% of all salaries and 53.3% of salaries in firms of more than 700 lawyers. While it may seem unusual that an even larger percentage of salaries in the largest firms have not yet moved to $190,000, the data suggest that as more law firms have grown through acquisitions and mergers, the largest law firms are not as similar to one another as they used to be. In addition to elite global law firms, there are several firms with more than 700 lawyers that are made up of numerous smaller regional offices, many of which do not pay the new benchmark first-year salary of $190,000, and, as a result, just a slim majority of large law firm starting salaries have reached the $190,000 mark in 2021. See Chart 2 for more detailed information on the frequency of $190,000 salaries by firm size.

As Table 1 shows, almost 40% of responding offices reported $190,000 as the average associate first-year base salary in 2021. By firm size, firms of more than 700 lawyers were the only category in which the majority of responding offices reported a salary of $190,000. Offices paying $190,000 were also concentrated primarily within a few cities. As Table 2 illustrates, well over half (58.1%) of the offices reporting an average first-year salary of $190,000 came from just five reporting areas: New York City, the Washington, DC area, Los Angeles/Orange County, Dallas, and San Francisco. More than one-quarter (25.7%) of the reported $190,000 salaries came from the three largest California markets - Los Angeles/Orange County, San Francisco, and the Silicon Valley — and about 16% came from the three largest Texas markets of Dallas, Houston, and Austin.

When further exploring salary data by geographic market, the majority of offices in 10 cities or areas now have a $190,000 starting salary. As Table 3 indicates, these cities or markets include the Silicon Valley, San Francisco, Houston, New York City, Austin, Boston, Los Angeles/Orange County, the Washington, DC area, Dallas, and Chicago. However, many locations, including the Detroit area, Portland (OR), the Raleigh/Durham area, and the St. Louis area, still had zero offices reporting a $190,000 first-year salary in 2021. Regionally, the highest median first-year associate base salaries reported were in the Northeast ($175,000), followed by the South and West, both at $170,000. The lowest salaries were in the Midwest ($130,000).

The 2021 Associate Salary Survey is available in NALP's bookstore. 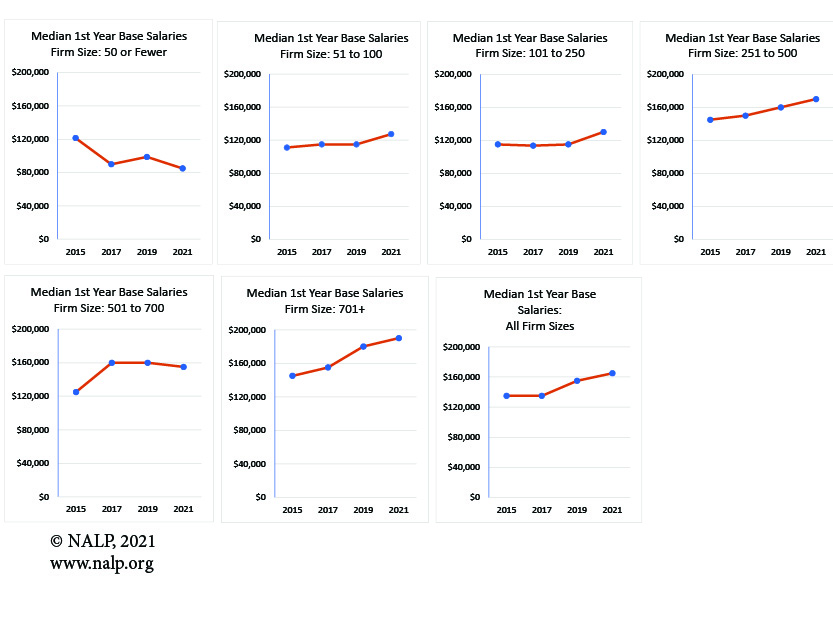 Note: All figures are based on average salaries reported as of January 1 of the respective year.
Source: NALP Associate Salary Survey, 2015-2021.

Chart 2: Percentage of Offices Reporting a First-Year Base Salary of $190,000 by Firm Size 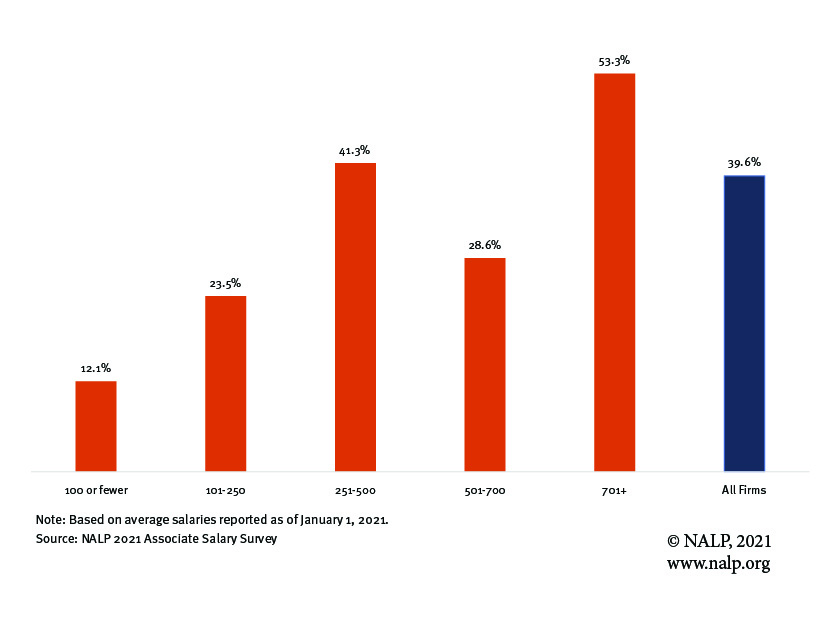 Table 1: Distribution of Average Associate First-Year Salaries by Firm Size
(in $/year, as of January 1, 2021)

Table 3: Percentage of Offices Reporting a $190,000 Average Associate First-Year Salary in Selected Cities
(as of January 1, 2021)