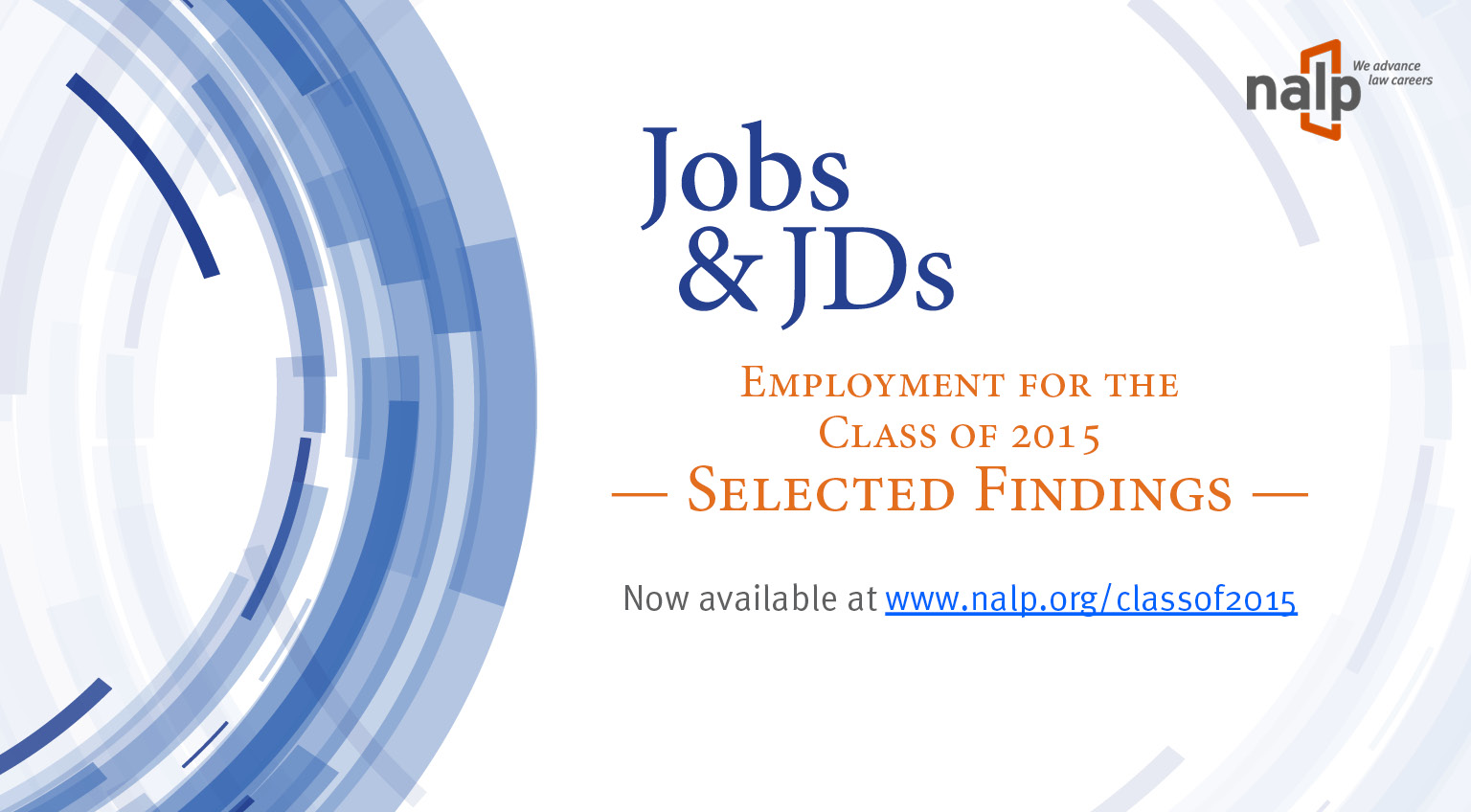 The Stories Behind the Numbers: Jobs for New Grads Over More Than Two Decades (NALP Bulletin, December 2016) — We often talk about law grad jobs in terms of the percentages of graduates who work in various kinds of jobs or for various employers, but sometimes it is helpful to look at the raw numbers underlying the percentages.

Race/Ethnicity and the Geographic Distribution of Law Firm Jobs Taken by New Graduates — Class of 2015 (NALP Bulletin, November 2016) — Among law school graduates taking jobs in private practice, minorities are more likely than their non-minority peers to take that job in one of the 21 largest law firm employment markets for new graduates.

Employment Rate of New Law Grads Unchanged as Both the Number of Graduates and the Number of Jobs Found Decline (NALP Bulletin, October 2016)

Highlights of Employment Outcomes for the Class of 2015 (NALP Bulletin, September 2016)

Salary Distribution Curve for the Class of 2015