By Paul Johnson and Angela Sordi

As the importance of understanding neurodiversity grows globally and within the legal profession, NALP has dedicated resources to helping its members learn about the issues involved. NALP President Traci Mundy Jenkins established the Neurodiversity in the Legal Profession Task Force for the 2021-22 NALP year, with Paul Johnson and Angela Sordi as Co-Chairs. Our purpose is to review the barriers to inclusion of neurodiverse law students and lawyers including stigma, lack of understanding, and hesitancy to disclose/under reporting. The Task Force is excited to engage with NALP members over the coming months through a Discussion Series that will explore issues of identity, advocacy, and interpersonal relations in a law firm setting. We kicked off the effort this year with a NALP Member Town Hall, “Including and Supporting Our Neurodiverse Colleagues and Students in the Transition Back to the Office and the Campus,” on June 30, 2021. The following article provides a basic framework to explore neurodiversity and some of the major areas of inquiry that have arisen in recent years. 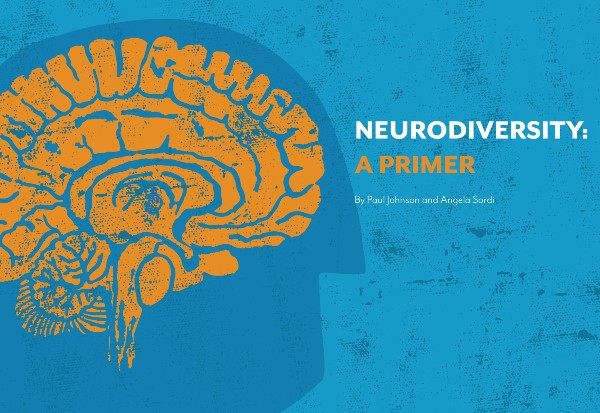 What Is the Neurodiversity Paradigm?

An individual who identifies as neurodiverse or neurodivergent is someone who thinks differently from the way most of the population “expects” that they would. Individuals who have autism, Asperger syndrome, dyslexia, epilepsy, ADHD, obsessive-compulsive disorder (OCD), and Tourette syndrome (TS) are examples of individuals who might identify as neurodiverse.

Australian sociologist Judy Singer first coined the term "neurodiversity" in 1998 (as a portmanteau of "neurological" and "diversity"). It was Singer’s hope and objective that by identifying individuals as neurodiverse and accepting that certain brain functions are non-pathological — not altered or caused by disease — we would ultimately shift away from referring to these mental functions as deficits, disorders, or impairments.

What Is the Neurodiversity Movement?

Neurodiversity activists argue that autism and other neurological variations are not flaws and should not be viewed as something pathological that should be cured. Activists seek to dispel the notion that individuals living with neurological differences are somehow broken or incomplete versions of normal people.

As opposed to only focusing on impairments, the neurodiversity model sees neurodivergent individuals as possessing a complex combination of cognitive strengths and challenges. The neurodiversity approach is a call to include and respect people whose brains do not work in neurotypical ways.

The neurodiversity movement would insist that support systems allow individuals with autism to live as someone with autism. In other words, suggesting that support systems (such as inclusion-focused services, accommodations, communication and assistive technologies, occupational training, and independent living support) be developed with the goal of allowing those who are neurodivergent to live their lives as they are, rather than being cured, coerced, or forced to adopt accepted ideas of what is perceived as “normal.”

What (or Who) Is Neurotypical?

The opposite of neurodiverse is neurotypical — someone whose brain behaves like most of society. It is commonly used to describe a person whose neurological development and state are typical and conforms to what most people would perceive as “normal.” The term neurotypical first originated in the autistic community to refer to non-autistic people.

Why Is the Neurodiversity Movement Considered Controversial?

There appears to be a deep divide in the broader community about whether the neurodiversity movement is truly reflective of the broader group of individuals living with certain brain functions.

Supporters of the neurodiversity movement maintain that various conditions represent a neurological difference and sometimes a disability — not a disease — but one that society should accept and accommodate rather than try to prevent or cure. Moreover, the movement maintains that the difficulties experienced by people living with neurodivergent conditions are contextual and that living in a society designed for non-autistic people, for example, exacerbates the challenges experienced by those autistic individuals. Other individuals on the spectrum or their families, including those with more severe examples of autism, view autism as a medical condition that often requires intense treatment.

Others believe that the two coexist — where the autism spectrum is viewed as a constellation of conditions — celebrating the neurodiversity of individuals, while also believing that other aspects of their autism represent conditions that can be alleviated to facilitate independent living, personal safety, and overall psychosocial well being. This seems most apparent within the autism community where a broad spectrum of individuals might identify as autistic. 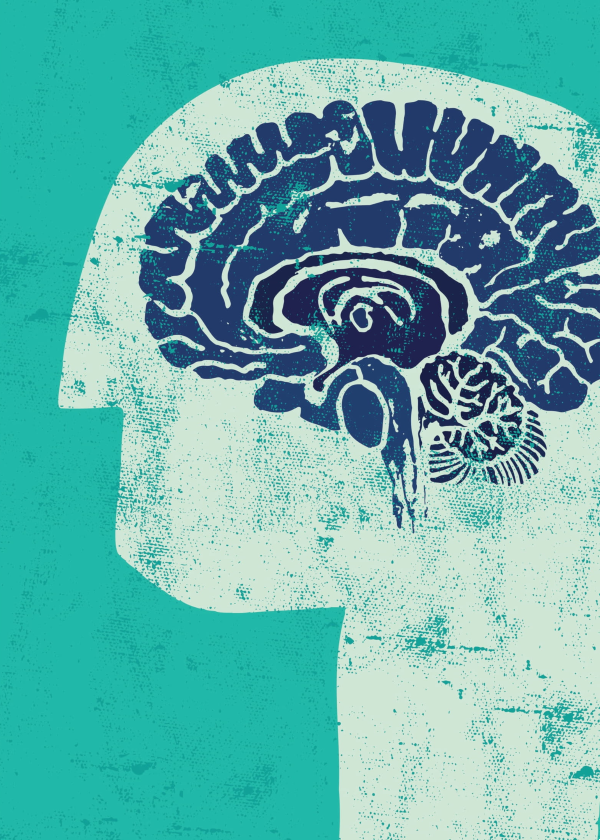 Is the Neurodiversity Movement Making an Impact?

The neurodiversity movement challenges us to rethink autism through the lens of human diversity. It asks us to value neurodiversity as we would value diversity in gender, race, ethnicity, religion, or sexual orientation. Although there may be different perspectives on autism as a condition, the neurodiversity lens helps us illuminate and value the unique contributions that these individuals bring to the workplace, while at the same time providing an environment in which they can thrive.

The Opportunities That Lie Ahead...

Technologies and workplace transformation are needed because many talented neurodiverse individuals experience disproportionate levels of under-employment and unemployment, with some estimates above 80%. This is clearly far too high in general, but especially in relation to the actual skills and talents of the people who are adversely affected. Employers who recognize that neurodiverse individuals have unique skills to contribute will be best placed to overcome this challenge.

The change currently sweeping the marketplace is the intentional recruiting and employment of neurodivergent individuals, and to match them to roles that capitalize on their talents and play to their strengths. There is certainly a movement afoot to build technologies and transform workplaces in a way that increases employment opportunities — and not just any employment, but sustained, meaningful employment for neurodiverse individuals. That is the guiding mission of the Frist Center for Autism and Innovation at Vanderbilt University, and companies from Microsoft to Boeing to Ernst & Young have realized extraordinary benefits to their business performance as autistic employees demonstrate different approaches to problem-solving that have resulted in higher productivity.

This should be seen as a call to action for legal employers to proactively think about how they recruit, interview, hire, and retain this talent. It will be important for employers to partner with law schools to develop frameworks and recruitment systems that support students who identify as neurodiverse as they enter a competitive professional environment that — despite recognizing the need for change — can often be slow to adapt. Stay tuned for more from this Task Force.

Paul Johnson is Associate Director of Career Services at the University of Illinois Chicago School of Law. Angela Sordi is Director, Professional Recruiting at Borden Ladner Gervais LLP. This article was submitted on behalf of the Neurodiversity in the Legal Profession Task Force.