After remaining relatively steady in 2019, lateral hiring fell by more than 30% overall in 2020, driven in large part by the impact of the COVID-19 pandemic on recruiting. This steep fall-off in 2020 was experienced across all firm sizes, regions, and cities included in NALP's analysis of the Survey of Legal Employers on Recruiting from 2020-21, although some offices saw larger decreases than others. The analysis also examines comparisons from the annual survey dating back to 2003.

The results shown in Table 1 and Table 2 are based on data from 388 law offices/firms that reported at least one lateral hire in either 2019 or 2020. Table 1 reports aggregate information for partners, associates, and all other lateral lawyers. Table 2 reports on lateral partner and associate hiring, which accounted for approximately 83% of the lateral hiring reported for 2020. It includes cities and states with at least five offices that reported office-specific information, and which collectively reported at least 20 lateral hires in 2020.

Note: This table includes offices/firms that reported at least one lateral hire in 2019 or 2020 and which also reported complete information for both years. Collectively these 388 employers reported 4,534 lateral hires in 2020. Other lateral hires are included in the overall totals, but are not reported out separately. Cities and states shown had at least five offices collectively reporting at least 20 lateral hires in 2020. Following the overall total shown in the first line, the table separates out surveys which reported information firm-wide, or for multiple offices, from those which reported office-specific information. Firm-wide information by region includes firms whose offices are predominantly or wholly in that region. However, office-specific information includes some instances of firms with most attorneys located in that city or whose additional offices are located primarily in adjacent areas, and of multi-office nationwide firms consolidating two geographically adjacent offices onto one survey.

Chart 1: Percent Change in Aggregate Lateral Hiring from 2019 for Cities with 50 or More Lateral Hires in 2020 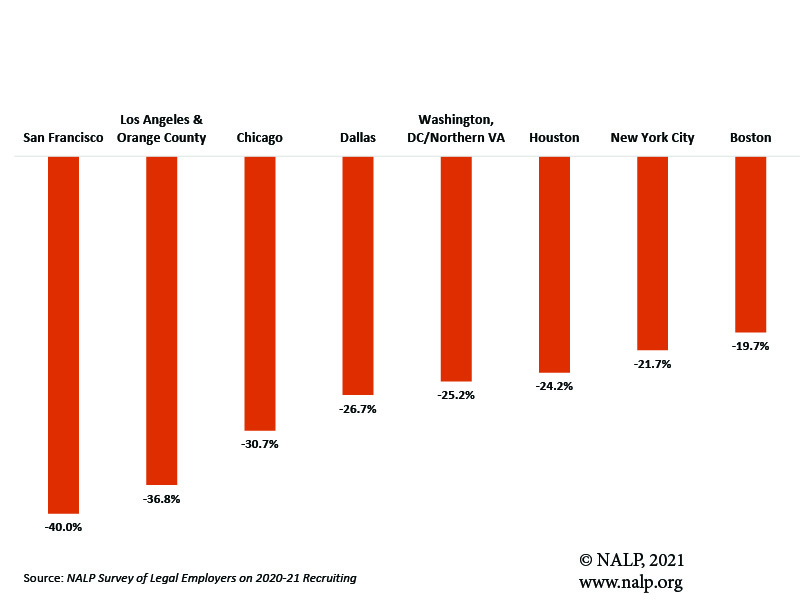 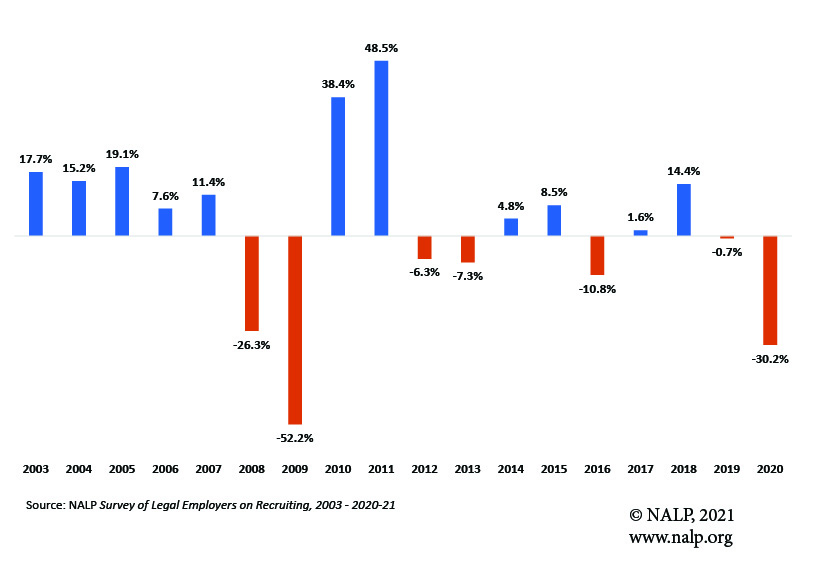