NALP's reporting on the presence of women and minorities in large firms now spans 25 years. Findings have been reported out year by year over that time period, but summary findings are presented here all together for the first time. These tables largely speak for themselves, but a few highlights are noted below.

Findings based on the specific racial or ethnic groups tracked in the Directory were compiled starting in 1997, and dig into overall figures in more detail, revealing discrepancies. For example:

Finally, figures for all lawyers have been compiled since 2006.

NALP press releases and research NALP Bulletin columns from which these summary findings were compiled can be found on the NALP website at www.nalp.org/pastpressreleases and www.nalp.org/minoritieswomen.

*An asterisk indicates that the partner figures include of counsel, or that the associate figure includes senior attorneys, and staff attorneys.
Source: Figures compiled from NALP's Directory of Legal Employers for the years 1993-2017.

Source: Figures compiled from NALP's Directory of Legal Employers for all the years 1997-2017, except 2005.

Note: Starting in 2006, data collection was expanded to include gender within each racial/ethnic category. Figures for all lawyers were calculated starting in 2006.
Source: Figures compiled from NALP's Directory of Legal Employers for the years 2006-2017. 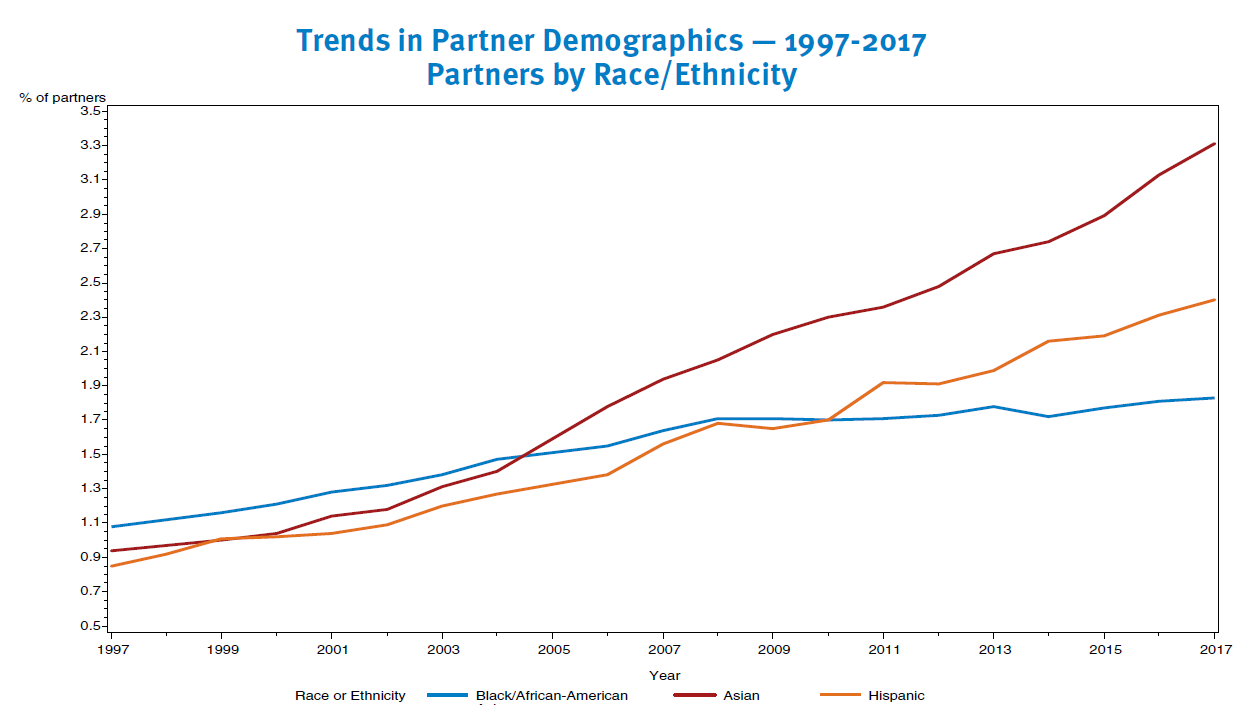 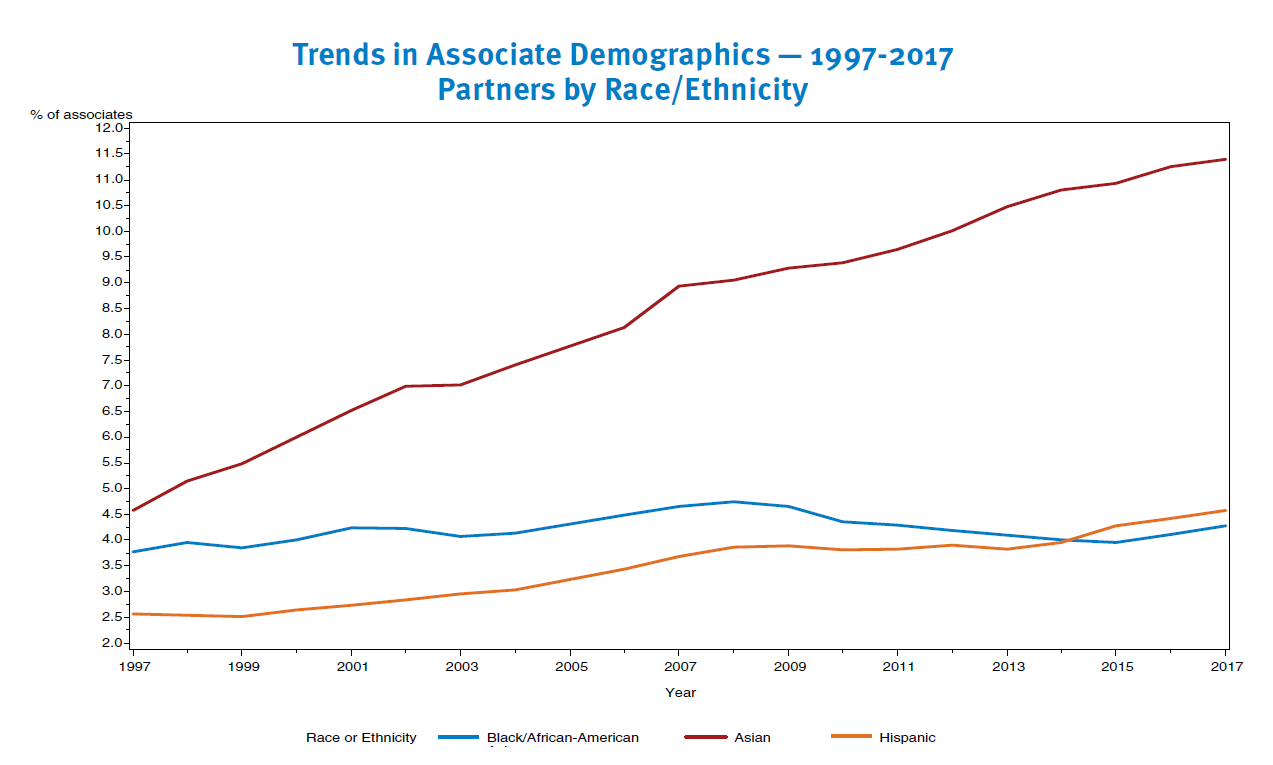