Over the past two decades, the kinds of employers tracked within business have changed somewhat, precluding comprehensive trends for all. For those employer types that have been tracked consistently, the banking and finance category has experienced the greatest net growth over the period. Among more recently tracked categories, jobs in technology/e-commerce companies have increased steadily, while the number of jobs in legal temp agencies has fluctuated over the past six years. (See the table on selected trends.)

Finally, the growth of business jobs that are categorized as JD Advantage (JD Preferred prior to 2011) is evident. The percentage of jobs for which bar passage is required has drifted up and down. Prior to 2001, jobs were classified as legal, other professional, and nonprofessional, so direct comparisons with 2001 and later years are not possible. During the 1992-2000 time period, about 40% of business jobs were reported as legal. It is likely that some portion of these jobs were closer to the JD Advantage categorization than to jobs for which bar passage in addition to a JD degree were required. 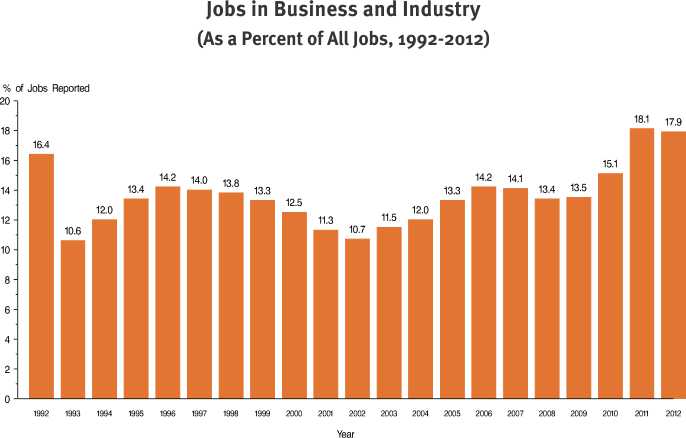 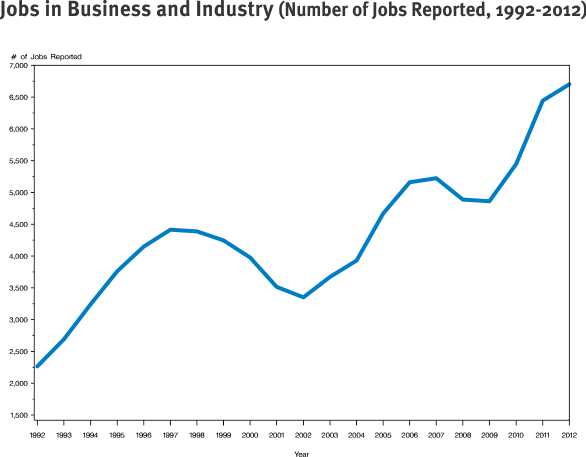 Note: All information above based on NALP’s Employment Report and Salary Surveys for 1992-2012.