The recently released NALP publication, Jobs & JDs: Employment and Salaries of New Graduates — Class of 2019, features an expanded demographics section this year, including the first in-depth analysis of employment and salary outcomes for non-binary law school graduates. This article will explore these outcomes in more detail.

NALP first added an "I do not identify as male or female" gender identity reporting option to the Employment Report and Salary Survey for the Class of 2014 survey, but prior to the Class of 2019, NALP's reporting on non-binary graduate data was primarily limited to counts of graduates. Due in part to the increasing number of graduates identifying as non-binary within the survey since 2014, this year's Jobs & JDs includes a more comprehensive look at the employment status, employer types, and salaries for non-binary graduates.

Beginning with the Class of 2020, NALP will be further expanding the gender identity item to include the following selection options: woman, trans woman, man, trans man, non-binary or third gender, choose to self-identify with an identity not listed, and prefer not to disclose.

Below are some key findings on the demographics, employment outcomes, and job locations for non-binary graduates from the Class of 2019.

Demographics of Class of 2019 Non-Binary Graduates

Chart 1: Comparison of Class of 2019 by Employment Status — Non-binary Graduates and All Graduates
(in percentages) 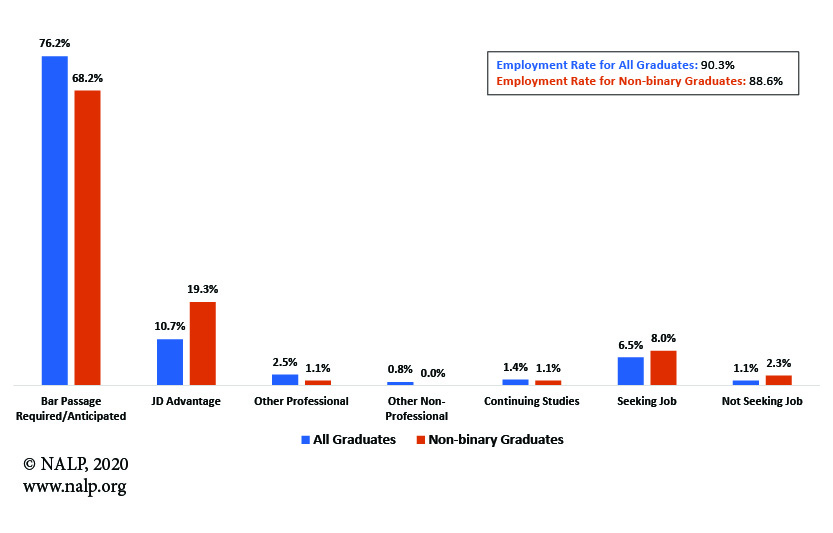 Note: Jobs for which an offer has been accepted, but for which the start date is deferred and jobs for which job type, e.g., Bar Passage Required, was not specified are not shown on the chart. Percentages are based on graduates for whom employment status was known.
Source: Jobs & JDs, Class of 2019.

Chart 2: Comparison of Class of 2019 Employer Types — Non-binary Graduates and All Graduates
(in percentages) 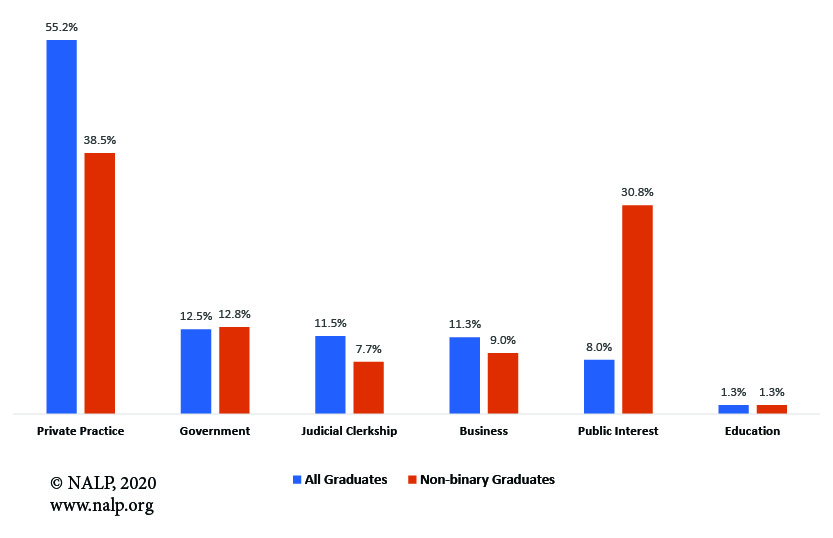 Note: Figures in this chart reflect all job types — both legal and other. For clarity, the category for unknown employer type is not shown.
Source: Jobs & JDs, Class of 2019. 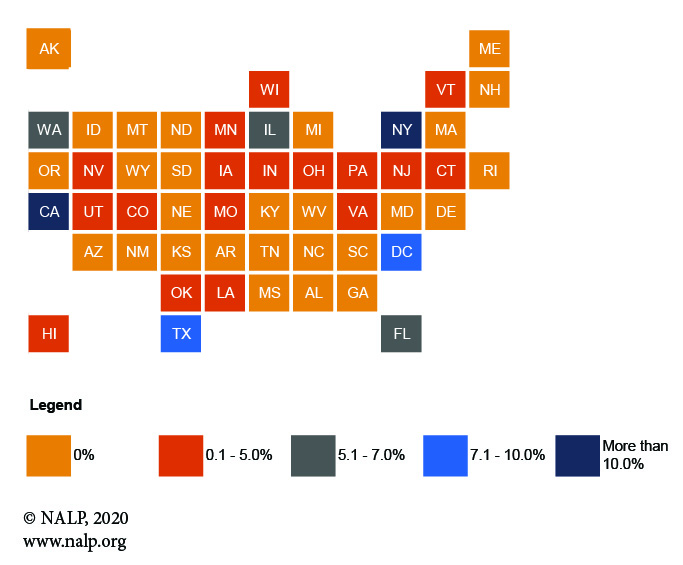 Chart 4: Comparison of Employed Class of 2019 Graduates by Job Census Region — Non-binary Graduates and All Graduates
(in percentages) 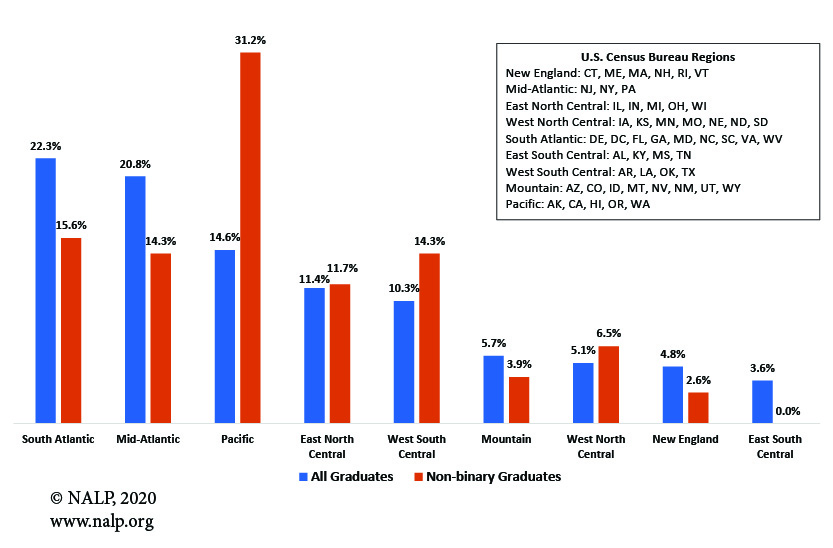 Note: Jobs in U.S. territories and in location outside of the U.S. are not shown.
Source: NALP Employment Report and Salary Survey, Class of 2019.

Source: NALP Employment Report and Salary Survey, Class of 2019.
*This table includes cities with at least 5% of all employed non-binary graduates.