WASHINGTON, DC — The National Association for Law Placement (NALP) today released its 2019 Associate Salary Survey report, showing that the overall median first-year salary as of January 1, 2019, was $155,000, up $20,000 (14.8%) from 2017, the year of the most recent previous survey. This increase comes at the same time that Big Law reported its most successful earnings cycle ever. Law firms of 251+ lawyers accounted for about 70% of responses.

The full 2019 Associate Salary Survey report is available in the NALP bookstore here for $160 plus shipping and handling.

“There has been abundant news coverage of the salary hike to $190,000 for first-year salaries at many of the largest law firms, and we see that reflected in the data collected in this year’s salary survey,” noted NALP’s executive director James Leipold. “As with other associate base pay hikes in the past, while the press focus is usually on how quickly law firms race to meet a market change like this one, the data reveal that there are in fact many large law firm offices that are still not paying $190,000 as a base first-year salary. These hikes often take two or more years to move through the market. They also have the effect of driving up starting salaries in markets that have a lower base, and we see that movement in this year’s data as well,” he concluded.

Published by NALP since 1996, the 2019 Associate Salary Survey report, available in the NALP bookstore, provides information about associate and summer associate salaries by firm size, region, and the metropolitan area population; detailed salary analyses for 24 major markets; analyses of salaries for offices using a levels-based compensation system; base salaries for class of 2019 associates by firm size and city; salaries for intellectual property lawyers, salaries for law clerks and staff attorneys; and more. Purchase your copy here. 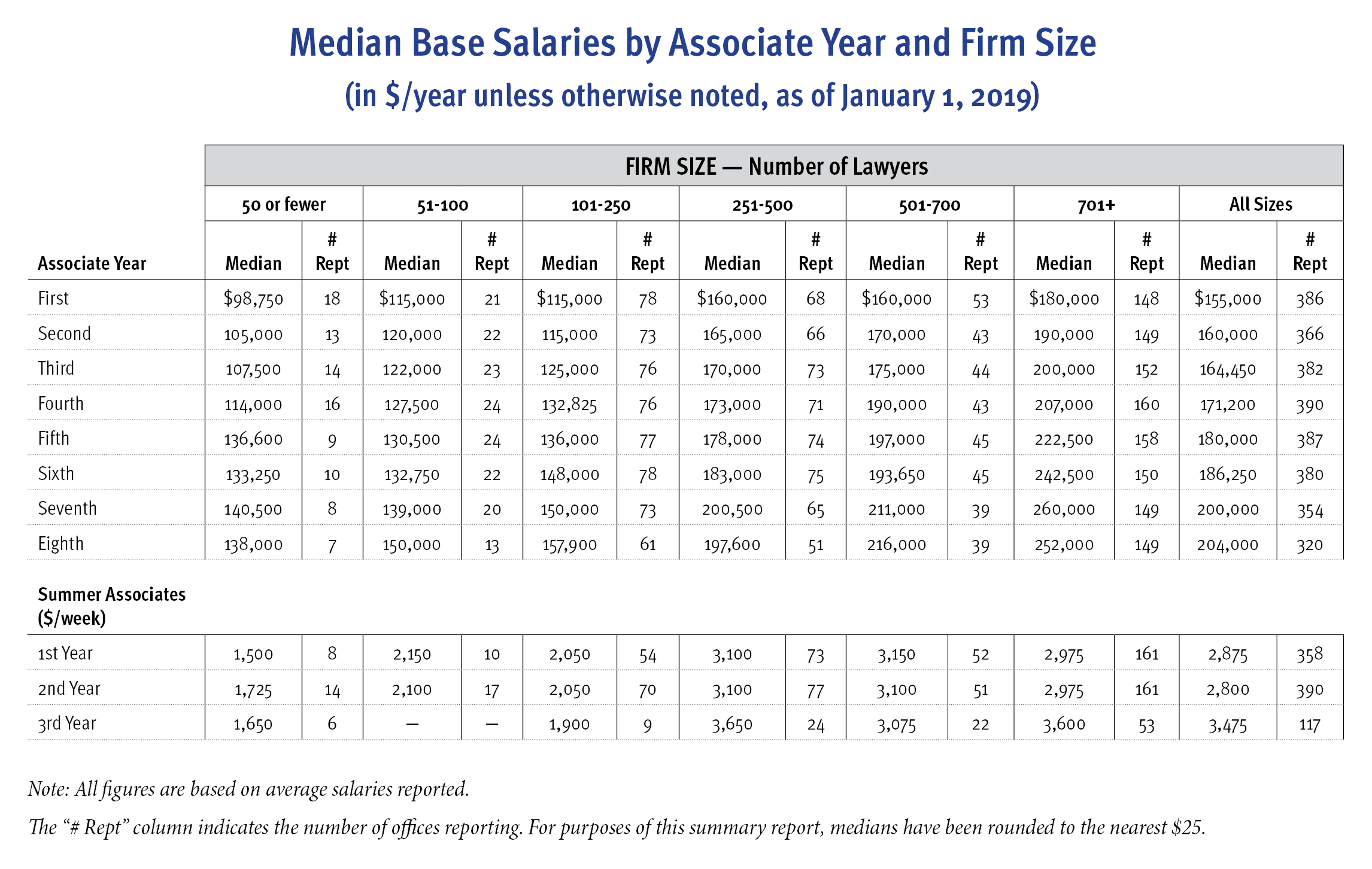