Starting with the Class of 2006, one of the ways NALP has documented salary information for law school graduating classes is with a picture — a picture which shows very clearly that the salary distribution for law graduates has two distinct peaks, one in the $40,000 to $65,000 range, and one reflecting the big-law salary (or salaries) typical for that year. The full range generally spans from less than $20,000 to over $200,000. Although such a range of salaries is nothing new, the doubled-peaked characteristic was first apparent with the Class of 2000, with the evolution of the double-peaked curve documented in the January 2008 NALP Bulletin. This column reviews that earlier work and updates it to the Class of 2011.

That shape changed dramatically in 2000 as large firms increased their starting salaries to $125,000. Beyond just the amount of the increase, of more consequence for the salary distribution was how widespread the increase was. Suddenly nearly 14% of salaries were reported at $125,000, a proportion that can only be partially explained by an increasing percentage of jobs taken in large firms. The result was, for the first time, two peaks, with the other encompassing the $30,000 to $50,000 range. Thus, even though the peak to the left was now fatter and accounted for more salaries — 48% versus the 14% at $125,000 — never before had a single salary so dominated the landscape. The $125,000 peak remained through 2005.

How the two peaks shift in the future remains to be seen. For example, will the right-hand peak revert to two peaks, one at $145,000 and one at $160,000? The return to a semblance of bell curve seems unlikely, however. 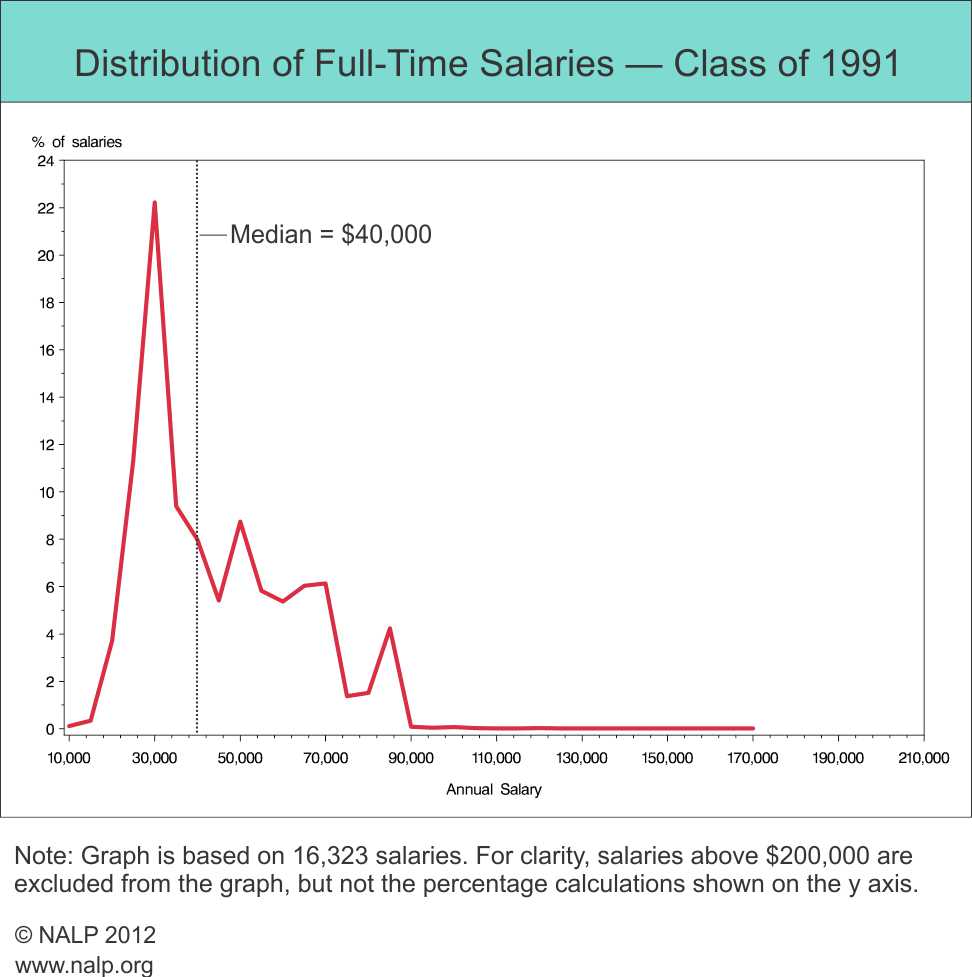 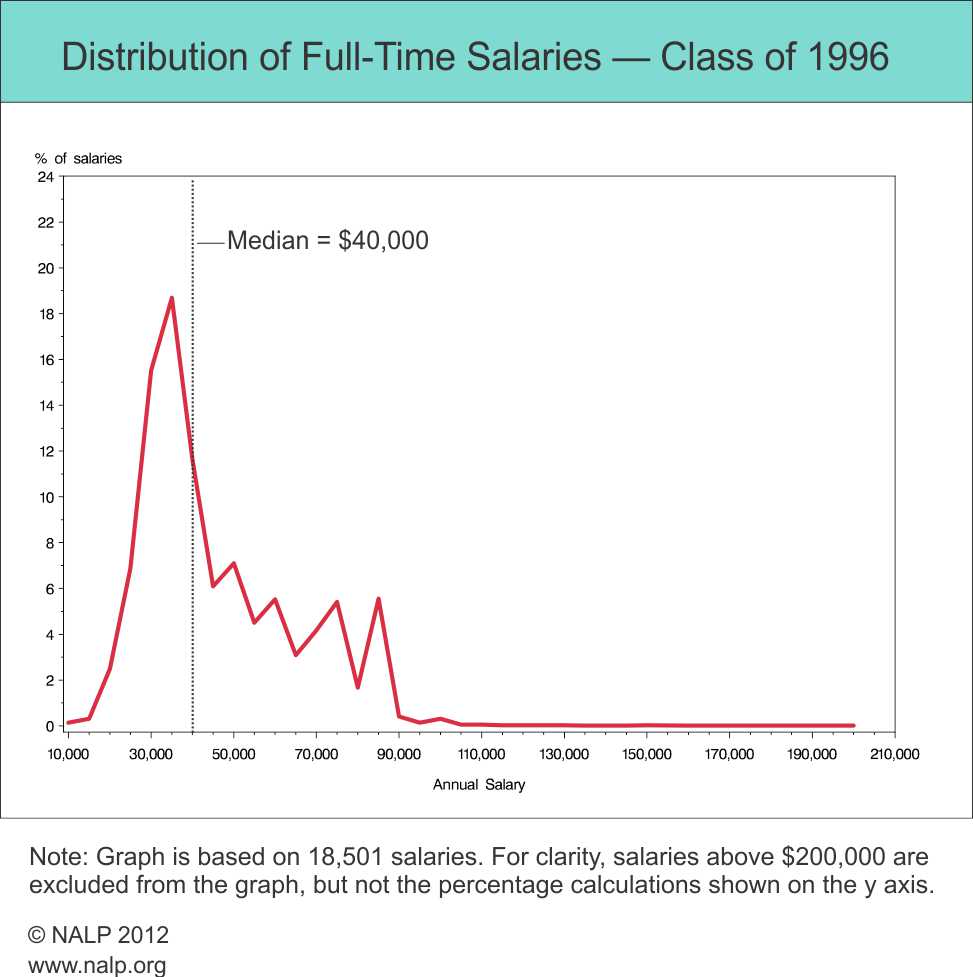 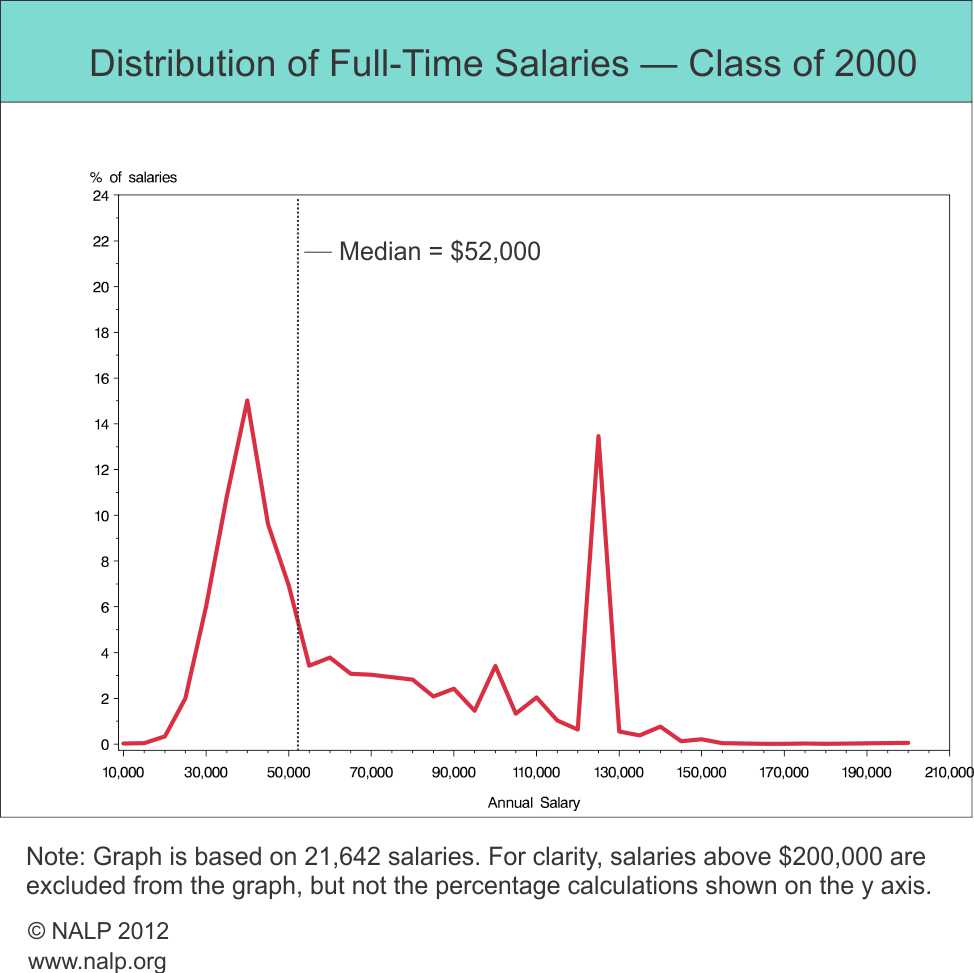 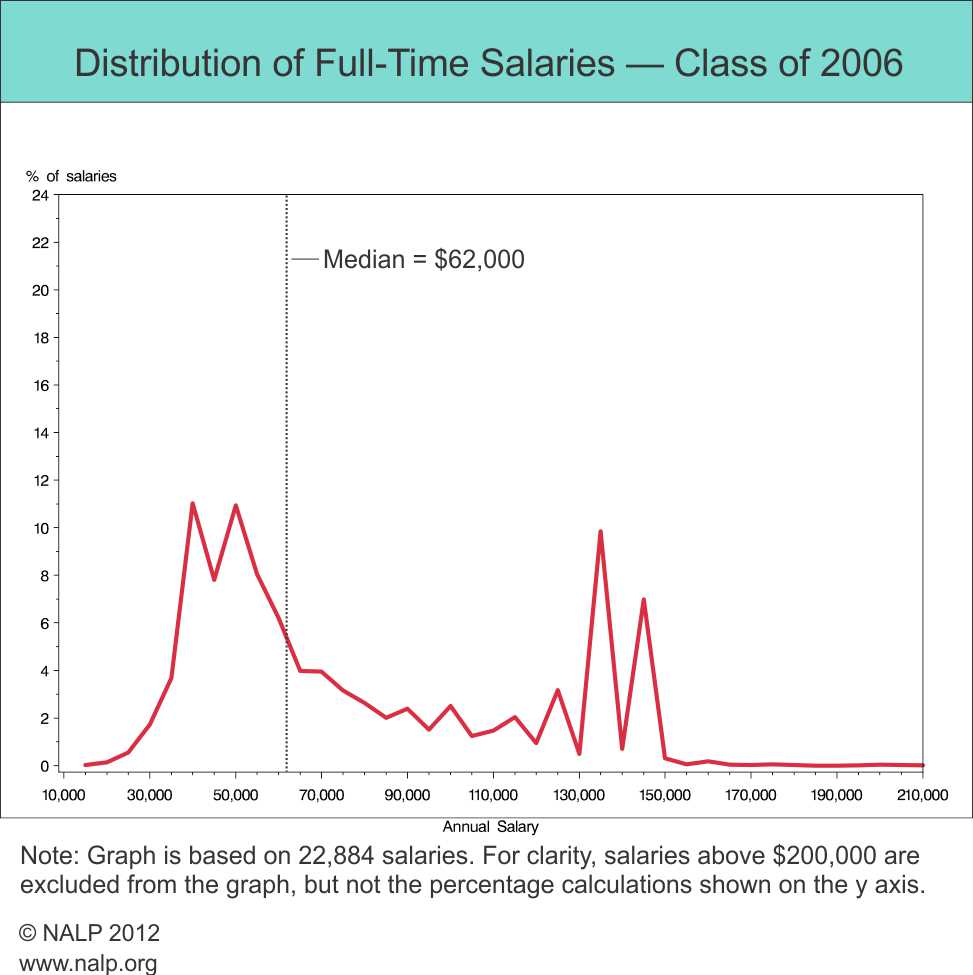 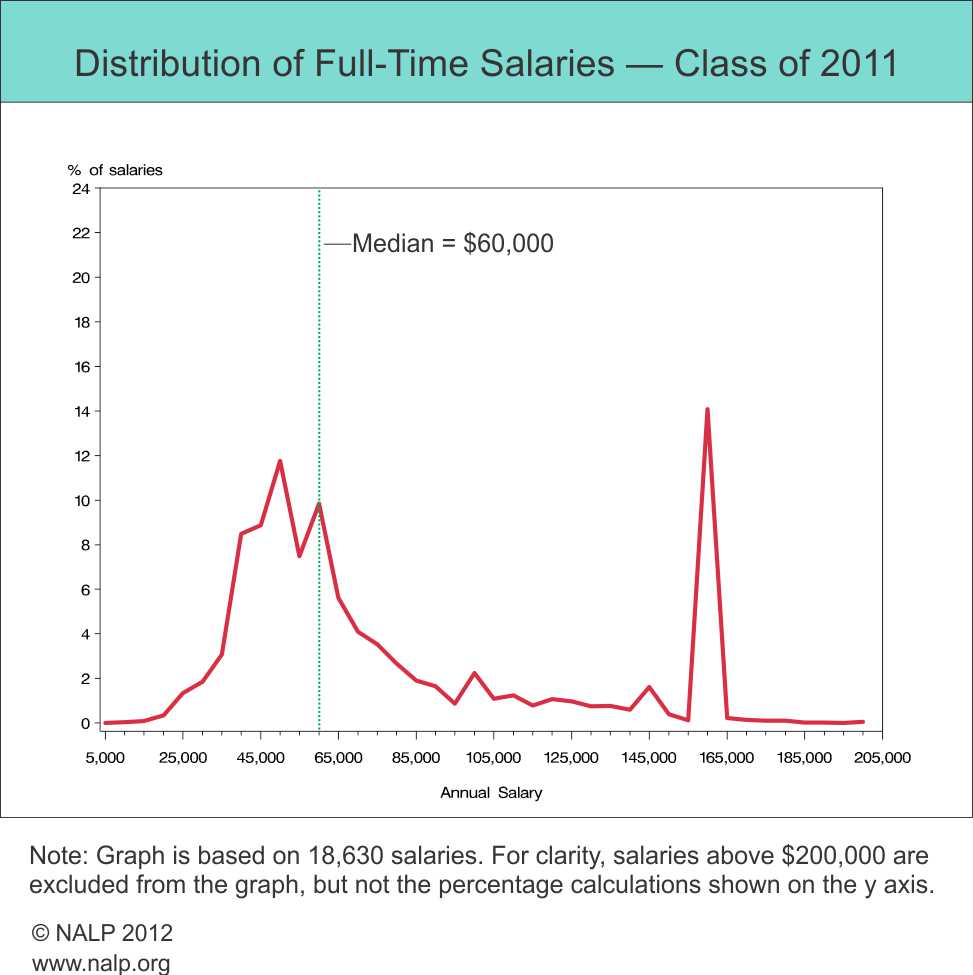